GaryVee Hosts One of a Kind 4-Day NFT Conference

VeeCon was hosted in Twin Cities

GaryVee Hosted an Event Similar to a ComicCon

This coming weekend, thousands of people who hold NFTs will be travelling to the Twin Cities to participate in Gary Vaynerchuk’s “VeeCon.” This event is a four-day conference that will bring together business leaders, entrepreneurs, and Web3 evangelists to discuss digital transformation in a variety of fields, including art and assets. 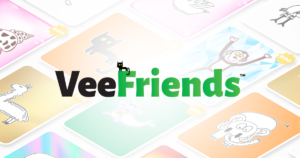 Vaynerchuk is widely recognized for his early investments in a number of firms, including Facebook and Coinbase, in addition to his status as a successful serial entrepreneur and social media influencer.

The “VeeFriends” nonfungible token (NFT) collection that was created by Vaynerchuk is made up of 10,255 character tokens that are not interchangeable and can be purchased using the cryptocurrency ethereum. Each token has a “smart contract” that is encoded with information and may be used by Vaynerchuk to communicate with the purchaser of the token. In addition, token holders are provided with unique admission to the yearly event for a period of three years after the purchase of the NFT.

Not only is this the very first VeeCon, but it is also the very first event that the NFT has ever ticketed. Token owners may access their tickets using a digital wallet app on their mobile devices, which certifies that they are the rightful owners of Vaynerchuk’s digital assets. 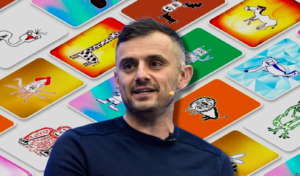 Using blockchain technology, non-fungible tokens (NFTs) are a sort of digital asset that may be used to track ownership of a virtual object. These one-of-a-kind goods may be artwork or sports trading cards. Trading cards are a market that Vaynerchuk got acquainted with when he was a youngster when he sold baseball cards for hundreds of dollars every week.

Since reaching its all-time high in 2021, the price of ethereum has lately fallen on the market by as much as 60 percent.

During the opening comments that Vaynerchuk gave at the conference on Friday, he said that “the timing of VeeCon could not be any better.” “An amazing new part of Web3 will be released sometime in the next year. Everyone in this room is acutely aware that there has been a downturn in the price of [crypto]… it is never enjoyable to see the value of your assets decrease on paper. It is what it is, but the timing is surprising since a significant amount of productive work is being done at this point. The majority of the innovative ideas are implemented.

Keynote speakers for the event, which is being held at the U.S. Bank Stadium, include Snoop Dogg, Spike Lee, Deepak Chopra, Eva Longoria, and Mila Kunis, amongst others. The event is being sponsored by the U.S. Bank.

According to what Vaynerchuk said in an interview  “Obviously, due to who they are, celebrities are going to receive a lot of attention,” and “I believe they have a duty [to teach] given the magnitude of their following.” “Anyone who is engaged in this industry has to give a lot of consideration to whether or not the money that may be made in the near term is worth the danger that it poses to one’s image,”

VeeCon has also been a boost for the local economy in Minneapolis, which is one of several municipalities throughout the nation that is striving to recoup lost tourist money as a result of the Covid-19 outbreak. Token owners from all over the globe, such as India, Australia, Romania, France, and Sweden, are present at the event. “As a native Minnesotan, I’m incredibly thrilled that the first-ever VeeCon is taking place in my backyard,” said Maha Abouelenein, a local organizer of the event and CEO of the media company Digital & Savvy. Abouelenein was speaking about her pride in having the event take place in Minnesota. At VeeCon, I know there will be a lot of new connections formed, and I can’t wait to see them all.

Even still, there is apprehension over the continued existence of the location. This week, the price of bitcoin dropped to its lowest level since December 2020, falling below $26,000. At the same time, shares of a publicly listed cryptocurrency brokerage business called Coinbase dropped by as much as 74 percent year-to-date. “At this moment, the predominant energy of the space is focused on the very near future. The word that comes to mind is greed. According to Vaynerchuk, a great number of people are not devoting their time to schooling.

“The fact is that all of that behavior is going to lead to 97-98 percent of these present projects losing value over the next 24-36 months because the supply and demand curves will not work out,” said the analyst.