Sweet Marketplace partners with NHL in 2022

The National Hockey League (NHL) and the Sweet, a platform that uses non-fungible tokens (NFT), announced a collaborative relationship that would last for several years. Because of this, the NFT marketplace will be available to League players. According to the announcement that they released, the National Hockey League, the NHL Players’ Association, and the NHL Alumni Association have formally selected Sweet as the Official NFT Digital Collectibles Marketplace and the Official NFT Partner. 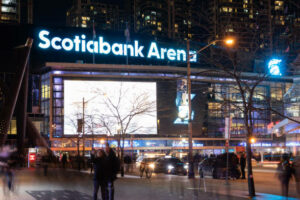 Because of this long-term partnership, the NHL will have the opportunity to develop a wide variety of innovative NFT initiatives. And as a result of this, they are in a position to provide brand-new opportunities for passionate fans or collectors to add to their collections.

The National Hockey League asserts that users will be able to purchase, sell, acquire, and exchange items from NHL history that have never been made available to the public before. The NHL marketplace will be run by Sweet, and it will provide a one-of-a-kind and gratifying engagement experience for the whole of the NHL network.

The CEO of Sweet is looking Forward to the partnership

Tom Mizzone, the Chief Executive Officer of Sweet, has remarked that it is a tremendous pleasure for us to collaborate with the National Hockey League (NHL), which is recognized all over the world, on the introduction of a market-first product. Maintaining good working relationships with both the League and the Associations.

He went on to say that by adopting in-game gamification, one may create a relationship between objects and experiences that is both incredibly intriguing and uniquely their own. As a consequence of this, they chose several action-packed moments that are described as “aesthetically outstanding.” The NHL’s Sweet marketplace is expected to open for business in October of the year 2022–2023, which is when the 2022–2023 season will begin. 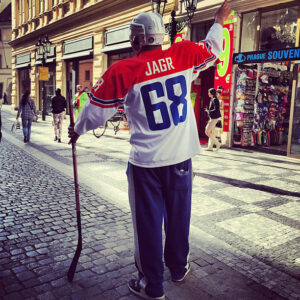 According to a statement released by the NHL, the Sweet Marketplace will include NFTs in the form of Surprise Packs. The stand-alone National Hockey League platform that was custom-built by Sweet for this initiative will include iconic components of the game as well as current and historical events of significance related to the sport in the form of non-fungible tokens.

In addition to this, the performance of a player will have an effect on certain of the NFTs, all of which will be dynamic and change throughout the course of the game. In addition to that, it could include surprise packs of NFTs that can be seen in 3D interactive trophy rooms or cinematic game highlights from previous and current NHL seasons.

Sweet and the NHL to give Fans digital Hockey Items

The NHL Alumni Association executive director, Glenn Healy, has expressed his pleasure in the partnership between the NHL, NHLPA, and Sweet to give fans the following digital hockey items. Sweet has done an outstanding job developing the cutting-edge infrastructure and goods that will make the NHL NFT Digital Collectibles a reality. It has been well worth the wait for this partnership to take place since fans will soon be able to access their preferred historical moments from the sport of hockey, all while we do our bit to commemorate the past. 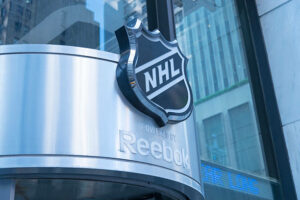 At the end of the announcement, it was said that quests and challenges would also be offered on The NHL marketplace managed by Sweet. Since these quests and challenges are collectable, they would encourage more participation from fans. In addition, there will be unique stadium packs that include highlights from the National Hockey League’s most prestigious events, such as the NHL Winter Classic®, NHL Stadium SeriesTM, and NHL Heritage ClassicTM.

Also read: Gucci to Accept Bitcoin, Ethereum, and Other Cryptocurrencies as Payment in 2022