Shopify merchant partners will be able to deploy special items for NFT tokenholders.

Shopify Inc (US:SHOP) (TSE:SH) has announced the launch of tokengated commerce as part of its new connect-to-consumer experience. The move is aimed at allowing merchants to accept cryptocurrency payments from customers in a more secure and efficient way.

The ecommerce platform provider said that the new tokengated commerce experience will use Shopify’s existing point-of-sale (POS) system to process cryptocurrency payments. The move comes as the company looks to capitalize on the growing popularity of cryptocurrencies, which have seen a surge in interest in recent months. 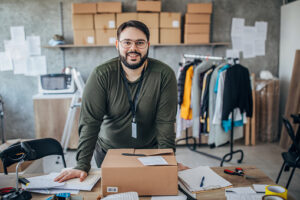 Shopify said that the new system will initially support payments in Bitcoin (BTC), Ethereum (ETH), Litecoin (LTC)  and Bitcoin Cash (BCH). The company plans to add support for more cryptocurrencies in the future. In a blog  post, Shopify said that the move will help to reduce fraudulent chargebacks and improve customer satisfaction. The company also claimed that the new system will provide merchants with a more efficient way to accept cryptocurrency payments.

Shopify is not the only company to launch a cryptocurrency payment system in recent months. In February, Japanese ecommerce giant Rakuten announced that it would accept Bitcoin payments through its Rakuten Wallet app. And in March, US-based online retailer Overstock.com launched a Bitcoin-only marketplace called tZERO. 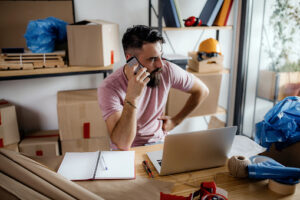 of connect-to-consumer initiatives developed this year. The effort, which has been given the name “tokengate,” is now accessible in the early-access beta phase.

To get things rolling, merchants may either set up a tokengate shop directly on the Shopify app or add the functionality in-store. Buyers would then be required to link their cryptocurrency wallets and prove that they hold the appropriate nonfungible tokens, also known as NFTs, in order to purchase gated items or attend special events. The function of the feature on the platform is to act as a connection point for NFT communities and consumer brands.

In addition, merchants have the option of forming partnerships with other brands for forthcoming NFT drops and working together with Shopify’s merchandising partners to produce premium goods. In addition, merchants have the ability to mint their own unique NFTs on prominent blockchains like as Ethereum (ETH), Polygon (MATIC), Solana (SOL), and Flow (FLO) (FLOW). After that, they may put them on the market and sell them directly from their shop.

Only chosen merchants who already have an NFT collection may participate in the beta test and they must get an invitation to do so. To acquire NFTs, neither the buyer nor the seller is required to pay using cryptocurrency. Shopify Payments, Shop Pay, as well as a variety of crypto payment gateways, as well as credit or debit cards, are examples of payment gateways. Buyers may add their newly acquired NFTs immediately to their wallets after claiming their NFTs through email. 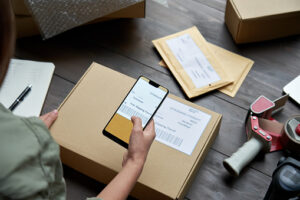 Evan Keast, co-founder of Doodles and whose NFT project is now part of the effort, stated as follows: “As a large-scale initiative that is being driven by the community, we have put a significant focus on being the industry leader in providing exceptional NFT collector experiences. We astonished our holders and provided a whole new dimension to what it means to be the owner of a Doodle by collaborating with Shopify on token-gated merchandise.”

Are there any other options for merchants looking to accept cryptocurrency payments?

Yes, there are a few other options for merchants looking to accept cryptocurrency payments. These include:

– CoinGate: CoinGate is a cryptocurrency payment processor that allows merchants to accept payments in a variety of cryptocurrencies, including Bitcoin, Ethereum, Litecoin, and more.

These are just a few of the many options available to merchants.

is tokengated commerce right for your business?

If you’re looking for a streamlined, efficient way to run your ecommerce business, tokenized commerce could be the right solution for you. Tokenized commerce platforms offer a number of advantages over traditional ecommerce systems, including reduced transaction costs, faster payment processing, and increased security.