Ronin Bridge to Axie Reopens after a $600 Million Hack.

After a $600 million cyberattack, the Ronin bridge to Axie has been reopened.

Ronin bridge to Axie Reopens after an Outrageous Hack

Following the implementation of a circuit breaker mechanism and daily withdrawal limitations by Sky Mavis, the Ronin bridge to Axie Infinity has been brought back up with a revised layout. Three months 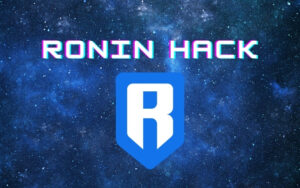 after it was hacked for more than $600 million, the Ronin bridge has been restored to its online state, according to an announcement made by Sky Mavis, the producers of the popular play-to-earn (P2E) nonfungible token (NFT) game Axie Infinity.

The Ronin bridge is an Ethereum sidechain that was designed specifically for Axie Infinity. It gives users the ability to move assets from the sidechain to the Ethereum mainnet. After gaining access to private validator keys, cybercriminals were able to steal 173,600 Ether (ETH) and 25.5 million USD Coin (USDC) from the bridge on March 29. At the time, the value of the hack was more than 620 million dollars.

According to the statement made by the Sky Mavis team on Tuesday, the Ronin bridge has been brought back online after undergoing three audits (one internal and two external), receiving a new design, and providing complete reimbursement for the stolen funds of customers.

As was promised, all wETH and USDC that are held by users of the Ronin Network are now completely backed 1:1 by ETH and USDC on the Ethereum platform. Everyone who used the service has been reimbursed in full. Through the provision of ETH liquidity to back consumers’ Wrapped ETH (wETH) on the Ronin network, Sky Mavis has already refunded a total of 117,600 ETH and 25.5 million USDC.

After providing a bridge to its exchange so that customers may trade wETH for ETH, around 46,000 of that ETH had already been reimbursed by the month of April. This occurred after Binance announced that it would be doing so. To finance the relocation, liquidity was drawn from the Axie Infinity balance as well as the cash contributed by the company’s founders. Additionally, Binance organized a fundraising round that raised $150 million to assist Sky Mavis in repaying Axie Infinity users.

The remaining 56,000 ETH, which belongs to the Axie DAO Treasury, is part of the total amount of ETH that was stolen. This money will not be collateralized until Sky Mavis “works with legal authorities to retrieve the cash.”

Sky Mavis has upgraded the smart contract software as part of the redesigned bridge to provide validators with the ability to establish daily withdrawal restrictions; the starting value is now set at $50 million. This change was made as part of the redesigned bridge. A circuit breaker system was also implemented by the team. This method divides the total monetary value of withdrawals into three distinct categories. 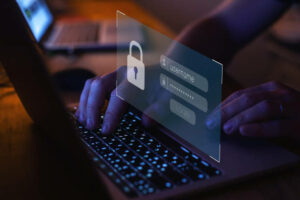 “The new design of the bridge incorporates a circuit-breaker mechanism as a backup plan, which strengthens the security of the bridge by preventing suspicious withdrawals of significant amounts of money.”

Late in April, Sky Mavis published a postmortem study in which it stated that the lack of decentralization that it had implemented had left the Ronin bridge susceptible to being hacked. There were only nine validator nodes available at that time, and each employee had access to just four of them. After quickly increasing the number of nodes to 11, Sky Mavis revealed her plans to increase the count to 21 within three months of the postmortem, with the ultimate objective of exceeding 100 total nodes. In spite of this, the team did not offer an update in the most recent statement about the number of validators and nodes that the Ronin network now has. Axie Infinity’s monthly NFT sales volume has dropped substantially in 2022, according to statistics from CryptoSlam indicating that the game’s revenue dropped from $126.4 million in January to only $2.8 million in June. This is a significant drop from the game’s peak of producing $126.4 million in January.