The initiative will employ the Polygon blockchain for decentralized trading and third-party sales, according to the company. avatar system that is underpinned by blockchain technology. The corporation has hinted that the avatars would be made accessible to the general public in the coming weeks; however, there has been no announcement about a specific release date. For the time being, Reddit is granting first-look early access to a select group of users who have joined the r/CollectibleAvatars community. This group is restricted in size. 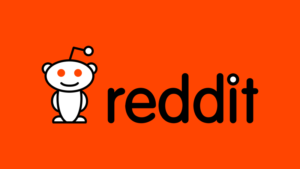 Collectible Avatars are a collection of one-of-a-kind works of art that have been produced in a limited run by independent artists who are also members of the Reddit website. The new avatars may be bought using the currencies of the respective regions. On the other hand, according to the release, the artwork may be found on the Polygon blockchain. In addition, the administration of the Collectible Avatars is managed using Vault, Reddit’s blockchain-powered wallet that operates on chains compatible with Ethereum.

As stated in the statement that was posted on Thursday on their website, Reddit’s most recent step intends to give users who are artists more control over their work: “From the very beginning, our objective has been to provide artists with the means to produce and sell their work. As a result, the artists will get payment for every Collectible Avatar sold on Reddit, minus any costs. They are also eligible to collect royalties from secondary sales of their Collectible Avatars on open markets.

The New Collection will be available on Reddit for Upload

According to the statement made on Thursday, “Collectible Avatars are now being stored on Polygon, a general-purpose blockchain compatible with Ethereum.” We went with Polygon because of the cheap prices of its transactions and the company’s dedication to sustainability. Additionally, the company discussed future plans for the firm in relation to the elements that are associated with the concept: “In the future, we view blockchain as one option to deliver greater autonomy and control to Reddit communities, which is important to us. Our communities are self-built and self-run. As part of our commitment to further empower them, we investigate methods to enable them to be even more self-sustaining and selfgoverned. Reddit has long been a paradigm for what decentralization may look like online.

Reddit has already ventured into the world of non-fungible tokens (NFTs) with the launch of CryptoSnoos back in February of this year.

Some businesses have decided to construct in spite of the crypto market meltdown that occurred in 2022. A new article from DappRadar indicates that there may be NFT platform battles in the near future. Additionally, the Lamborghini-backed GT racing team has decided to certify vehicle components using NFTs. These are both recent developments in the world of non-fungible tokens. While art-based tokens have seen a surge in popularity over the last few years, some people are focusing on dwindling copyrights as the next possible gold rush in the non-fungible token space.