Opensea Exec was Caught Participating in Insider Trading by a Tweep

NFT platform OpenSea’s executive was accused of preempting sales by buying items of NFT  from the collection before they were shown there. It has been reported that OpenSea’s Head of Product bought drops before they were posted on the main page and then sold them soon after they were featured publicly before reinvesting the money back into his primary wallet, according to Twitter user @ZuwuTV. Users were able to trace a few transactions back to the executive’s public blockchain account, including an NFT drop that had been prominently displayed on the platform’s front page at the time.

Hey @opensea why does it appear @natechastain has a few secret wallets that appears to buy your front page drops before they are listed, then sells them shortly after the front-page-hype spike for profits, and then tumbles them back to his main wallet with his punk on it?

OpenSea acknowledged the incident by writing in a blog post that it had “learned that one of our employees purchased items that they knew were set to display on our front page before they appeared there publicly”. The tone and content of this response conveyed the impression that the organization was aware of the situation. The company has not published the worker’s identity but has said that they are beginning an “immediate” inquiry

into the accident. The investigation will look into what exactly happened. In an anonymous blog post, the startup business, which was recently valued at $1.5 billion after receiving a $100 million Series B round of investment from Andreessen Horowitz, said that this event was “very disheartening.”We’re conducting a thorough review of yesterday’s incident and are committed to doing the right thing for OpenSea users,” OpenSea CEO Devin Finzer said in a tweet.

We’re conducting a thorough review of yesterday’s incident and are committed to doing the right thing for OpenSea users.

We have posted an official statement here: https://t.co/NWExSdThOf

According to a news statement issued by the United States Attorney’s Office for the Southern District of New York, the former head of Product Nate Chastain was taken into custody on Wednesday and charged with “wire fraud and money laundering in connection with a plot to perpetrate insider trading” (SDNY).

Nate Chastain, who had served as head of product at OpenSea was fired after he was exposed by a Tweep.  It was alleged that Chastain had engaged in front-running purchases of NFT collections, which he was aware were going to be prominently advertised on the homepage of OpenSea. Other NFT collectors made the discovery after analyzing his transactions on the Ethereum blockchain and discovering what he had been doing. 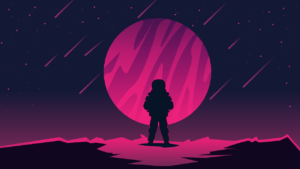 Chastain has remained active in the NFT community, particularly on Twitter, despite being removed from his position at OpenSea shortly after the company decided that the charges included truthful information. The new company has acknowledged that it did not previously have particular procedures barring conduct of this kind, but it has subsequently implemented new guidelines for its employees to follow. OpenSea was most recently valued at $13.3 billion by investors including Andreessen Horowitz, Paradigm and Coatue.

The NFT space has largely avoided much action, which is one of the reasons why the announcement came as a bit of a surprise to those who work in the cryptocurrency industry. The Justice Department and the U.S. Attorney’s Office for the Southern District of New York have started getting more active in prosecuting crypto crimes.

“NFTs may be novel, but this kind of fraudulent scam has been around for a long time. According to the allegations, Nathaniel Chastain violated OpenSea by exploiting the company’s secret business information in order to further his own financial interests. In a news statement, the United States Attorney for the District of Columbia, Damian Williams, said that the filing of these charges “demonstrates the dedication of this Office to stamping out insider trading – whether it happens on the stock market or the blockchain.”

OpenSea has announced the debut of the Seaport marketplace in 2022