Opensea ‘Insider Trading Fraud Saga’: NFTs may be better considered as securities In 2022

"Insider trading" on OpenSea might lead to the labeling of NFTs as securities, according to a former SEC lawyer.

A Former SEC Lawyer Gives Her Assessment of the Situation

The insider trading case involving OpenSea, which is being handled by a district attorney, may result in non-fungible tokens being classified as securities. Alma Angotti, a lawyer who formerly worked for the United States Securities and Exchange Commission, believes that the news that an OpenSea employee has been charged with

insider trading could pave the way for nonfungible tokens (NFTs) to be classified as securities. This news was reported earlier this week.

insider trading, marking the first time that such a case has been brought in the sector. According to the United States Attorney’s Office for the Southern District of New York, the accusations specifically include “wire fraud and money laundering in conjunction with a plot to conduct insider trading.” The term “insider trading,” which normally refers to the buying and selling of stocks behind closed doors, has not been used in reference to bitcoin up until this point.

Angotti formerly worked as an enforcement officer with the Securities and Exchange Commission, the Financial Crimes Enforcement Network under the United States Department of the Treasury, and the Financial Industry Regulatory Authority. She now holds the position of partner with a consulting business known as Guidehouse. TechCrunch quotes her as saying:

“If you’re purchasing a piece of an NFT and expecting the price will go up so you can earn money from it, that’s not very different [from securities],” according to the Howey Test, “it might very well be a security.”

The Howey Test is used on a transaction in order to assess whether or not it constitutes an investment contract or securities, both of which are required to have disclosures and registrations. If making investment results in the expectation of benefit from the activities of other people, then there is a contract for an investment.

In the insider trading case brought against Nathaniel Chastain by OpenSea, it is alleged that he used anonymous hot wallets and accounts on OpenSea itself to purchase 45 NFTs over the course of a few months, of which he was aware in advance would be featured on the home page. These transactions allegedly took place on OpenSea. After they were highlighted and their value increased, he would then sell them for a profit and keep the profit. 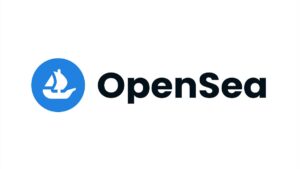 When you steal sensitive information belonging to your employer without permission, you are committing fraud; when you then transfer the profits of that theft via the monetary system, you are engaging in money laundering.

In related news today, the Commodity Futures Trading Commission, which is responsible for the regulation of commodities rather than securities, is suing the cryptocurrency exchange Gemini on the grounds that it misled about the appraisal of futures contracts. The CFTC said that Gemini deceived them in 2017, therefore they investigated the matter.

OpenSea acknowledged the incident by writing in a blog post that it had “learned that one of our employees purchased items that they knew were set to display on our front page before they appeared there publicly”. The tone and content of this response conveyed the impression that the organization was aware of the situation. The company has not published the worker’s identity but has said that they are beginning an “immediate” inquiry into the accident. The investigation will look into what exactly happened. In an anonymous blog post, the startup business, which was recently valued at $1.5 billion after receiving a $100 million Series B round of investment from Andreessen Horowitz, said that this event was “very disheartening.” We’re conducting a thorough review of yesterday’s incident and are committed to doing the right thing for OpenSea users,” OpenSea CEO Devin Finzer