The new feature will automatically hide suspicious NFT transfers from view on their marketplace.

OpenSea has Recorded a High Volume of Fraud Cases

OpenSea has announced the debut of a new feature that will automatically conceal suspicious NFT transactions from view on its marketplace. This announcement comes in response to the increasing amount of NFT frauds that have been reported. Users will have more protection against being defrauded, and only genuine transactions will be displayed as a result of this change.

The new function would reportedly automatically hide questionable NFT transactions in order to solve important issues about trust and safety on OpenSea, as stated in a blog post that was published on Monday.

Recently, OpenSea has been concentrating on improving the trustworthiness and security of the platform. According to a recent blog post written by the project’s co-founder and CEO Derin Finzer, the NFT marketplace plans to make significant investments in a number of important areas for trust and safety. These areas include the prevention of theft and infringement of intellectual property, the scaling of review and moderation, and the reduction of critical response times in high-touch settings.

OpenSea Creates a Team of Moderators to Review Contents

In addition, OpenSea has created a specialized moderation team that is responsible for reviewing and moderating content. It will use “important auto-detection” technologies going forward to address issues over copyright violations and other fraud vectors. Finzer claims that the removal of these kinds of things from the platform will result in an improvement in the platform’s overall performance. Additionally, it would prevent unwanted adverts and fraudulent things from being shown on OpenSea. These types of content may be discovered on open blockchains. 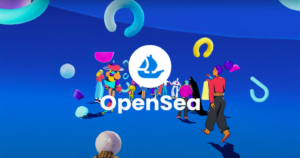 On Tuesday, the chief executive officer of the firm tweeted that it is possible to get NFT transfers from people you do not know, similar to how it is possible to receive unsolicited emails, and he added that:

“Scammers have been known to utilize these transfers as of late to persuade victims to click on links that take them to malicious websites run by third parties. Our most recent update to Trust & Safety provides protection against this recently discovered con.”

Like receiving an unwanted email, it's possible to receive NFT transfers from people you don’t know.

The Aftermath of Former Employee’s Indictment

The most recent safety measures have been implemented at a time when the market for cryptocurrencies is experiencing a downward spiral, which has resulted in a decrease in demand for non-fungible tokens (NFTs). As a result of the arrest of Nathaniel Chastain, a former product manager at OpenSea who was

charged with wire fraud and money-laundering charges, law enforcement in the United States is no longer ignoring the thriving economy. This is demonstrated by the fact that Nathaniel Chastain was arrested.

The NFT boom began in 2021, which resulted in a significant rise in OpenSea’s overall commercial activity. However, many investors are disappointed with the platform’s attempts to recompense victims and prevent theft as a result of the regular thefts and fraud that have occurred on the site.