Ocean and Us, a Green Startup Secure $1.2m Through NFT to Clean Oceans Better.

Ocean and Us Founder is taking sustainability to the next level.

Ocean and Us, a Dubai Based Green Startup Crypto Plans

Ocean and Us, a Dubai green startup was founded by serial entrepreneur Joel Michael. In contrast to many businesses, Michael has made sustainability the primary emphasis of Oceans and Us. However, the success of an ecologically sustainable corporation is dependent on more than only the well-being of future generations throughout the world.. By selling 10,000 non-fungible tokens that cannot be traded for cash and creating a new cryptocurrency, Oceans and Us intend to raise money for the organization’s future endeavours. Both of these strategies will be utilized in tandem. 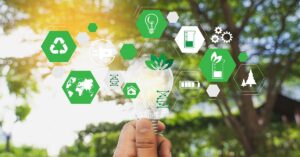 Online works of art, musical compositions, and video games are all represented by NFTs. Blockchain technology is used to provide a certificate of authenticity, which is the same technology that supports cryptocurrencies and allows them to exist.

NFT artist Vesa Kivinen, also known as VEsa, is collaborating with nonprofit Oceans and Us to raise $1.2 million so that Ocean and Us can help clean up the oceans throughout the world.

Digital artist VESA has amassed quite a following over the past decade or so, and he is well-known in the industry.  “He is a really passionate artist about climate change and does a lot of work with marine corals,” Joel Michael, the creator of Oceans and Us, told Arab News in an exclusive interview. “He is a climate change artist who works extensively with marine corals.” It is the goal of this cooperation to bring people from the community together and to utilize art as a means of communication. By acquiring an NFT, “consumers have a hands-on approach to investing and engaging in the market,”

Sustainability Collaboration between Ocean and Us and Other Green Startups

According to the proposal, those who are successful in earning an NFT are entitled to benefit from the increased benefits. Ocean and Us intend to collaborate with a hundred UAE-based and Middle Eastern-based companies that produce or sell environmentally friendly products. Regardless of whether or not you purchased an NFT, you were eligible for discounts and other perks from these firms. 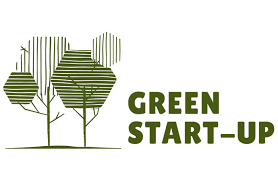 “Sustainability is more like an ecosystem, and NFTs are more like a gateway,” Ocean and Us founded Michael remarked. As “everything” will be “on the blockchain, which is available to the public,” everyone who invests money will be able to see where their money goes. “Anyone can see the blockchain.”

The talks between Oceania and the United States, as well as those in charge of the event, the World Cup in Qatar have progressed. Additionally, Landmark Group, a well-known retailer in the United Arab Emirates, has had exploratory discussions. We’re working with Landmark Group to make more ecologically responsible clothes for Splash, the company’s most popular fashion brand.

By working with coffee manufacturers that are already committed to sustainability in all aspects of their business, including the cups they use and the beans they purchase, NFT hopes to reduce costs for customers. Due to the high demand for these items, Ocean and Us formed this alliance. Aside from that, he also talks to solar-powered housebuilders and eco-friendly apparel designers.

Ocean and Us Continue to Find Ways Raise Awareness and Money

In addition, Ocean and Us want to issue its own cryptocurrency as a kind of financial assistance. In order to build a boat to clean up the seas, we need to raise money and awareness about the issue. With the help of Marakeb Technologies, the company is developing a self-driving boat that can clear up rubbish in streams and seas. 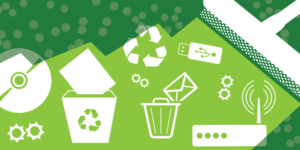 Sharjah is home to Marakeb Technologies, a tech firm. Abu Dhabi’s government has a 30 percent stake in the corporation. In July of 2022, the ship will go on its inaugural journey.

Marakeb has the potential to design boats that can put out fires in UAE seas if that ever happens, and “we’re working with them to build a boat that can execute all that it needs to do without a human on board,” she says. As far as Michael was concerned, this method would not put anybody aboard the ship at risk.

According to the statement by Ocean and Us: “We are looking for a creative thinker who can help us develop new concepts, such as running the whole company on renewable energy sources like wind, solar, or kinetic energy.” The most pressing issue that has to be addressed is how to return the plastic that we gather to land so that it may be recycled.

The project’s next objective is to generate funds in order to provide a cash prize as part of the global innovation challenge. Events, lectures, and cooperation with incubators and colleges are all part of this eight-month program for submitting boat concepts.

Around a month after starting the competition in August of 2022, the winners will be announced. As soon as the United Nations Climate Change Conference in Dubai in 2023 approaches, the objective is to get the boat officially approved by the appropriate agencies.

There is no doubt that the Middle East is exerting itself in the area of climate change in the strongest possible manner, Michael, who has worked on the subject for more than a decade, said. A transition in power is taking place, and it has been taking place throughout Europe for the past ten years. Many people in the Gulf area are concerned about sustainability. With a goal to raise $10.4 billion for a fund for the construction of renewable energy projects, Saudi Arabia’s Crown Prince Mohammed bin Salman presented his Middle East Green Initiative in late January 2017.

Michael is in charge of the area as a member of the Green Tech Alliance, a group of 350 CEOs whose purpose is to operate in a more ecologically friendly manner. The entrepreneur has spent the past decade working in the startup and venture capital industries with a focus on sustainability.

Single businesses can’t make a big influence on the world. We don’t want to do business with ocean-cleaning or industry-leading firms because we don’t want to be in the same industry as them. Our goal is to assist investors and contributors in making the most efficient use of their assets, from the technical roadblocks to the tokens themselves. As he put it, “we see ourselves as nothing more than a network coordinator.”

This summer, Ocean and Us is putting forth a lot of work to construct a self-driving boat. Across the globe, Ocean and Us employed ten people who are spread out across various locations.