Saturday morning found Charlotte Fang with a confession she needed to make.

The Twitter account who was originally referred to be the genius behind the Milady NFT collection claimed, “I am Miya.” Midway through the month of April, the most affordable of the 10,000 generative, doe-eyed, anime avatars “inspired by 00’s Tokyo street fashion” sold for little more than $6,000. However, the price started to go down, and it went down even more following an article published on May 5 by CoinDesk that explored the shady past of the Milady creator. 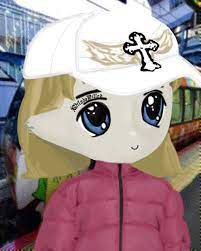 Therefore, Charlotte Fang’s admission of guilt over the weekend did not have a significant impact on the price of Miladys. Their starting price was $1,584 early on Saturday morning, but by Sunday night it had dropped to $1,234. On Monday evening, however, it fell below $500 for a short period of time when a Twitter user named 0xngmi, who is also the creator of DefiLlama, released a thread containing “miya’s writings” and other information.

It was the most recent development in a strange and convoluted tale, the most recent instance of crypto-native art being tainted by the shady dealings of the artists who created it. It is also a test to see how far people are ready to go in order to disassociate themselves from the artists whose work they purchase. 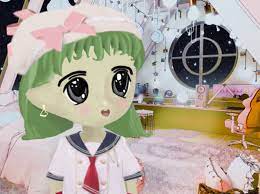 “Unequivocally, my true ideas have no space for hatred, and I abhor abusers and groomers,” Charlotte Fang said on Saturday. “Trolling about it was childish, but in fact, I’ve never hurt a fly,” she added. “I despise abusers and groomers.” “…Society will get back on its feet and move on from the baggage I brought on……

In August of 2021, the Remilia Collective presented its Milady NFT collection to the public for the first time. A spin-off collection named Milady, that B.I.T.C.H. caused eyebrows to be raised a little over a month later when some of the avatars were seen wearing shirts that were imprinted with the phrase “Treblinka.” If you paid attention in high school, you probably remember the term Treblinka as being associated with one of the most notorious concentration camps operated by Nazi Germany.

The Remilia Collective issued a statement in which they claimed that it was an honest error and that the phrases that were printed on Miladys’ t-shirts were produced at random.

The first stage in Miya’s Milady five-step instruction on “how to preserve a country” is to “first, you murder the Jews,” who are described as “always seeking to harm and exploit other countries.” In other articles that were written in the past, comparisons were made between black people and gorillas, and it was said that “a husband is to his wife what a father is to their kid.” Miya brags in a series of tweets that she plays “high-level manipulation games” on “infantilized mind broken ladies.” She also calls one woman who claims to have recovered from anorexia a “shameless little piggy.” Screenshots of these tweets have been made public.

Even though Charlotte Fang said that it was all a jest, most Milady followers did not take her words seriously.

Thought trying to distance myself would help but not gonna keep pussyfooting around it. Unequivocally, my real views hold no room for hate, and I detest abusers & groomers—trolling about it was juvenile, but in reality I’ve never harmed a fly.