Gucci to Accept Bitcoin, Ethereum, and Other Cryptocurrencies as Payment in 2022

Gucci to Accept Cryptocurrency Payments From Now On

In the summer of this year, the prestigious fashion house Gucci plans to begin accepting Bitcoin in certain U.S. shops as part of a larger pilot program to take cryptocurrency throughout North America. Bitcoin, Ethereum, Bitcoin Cash, Dogecoin and Litecoin are just some of the cryptocurrencies that Gucci outlets will accept. To make a payment, customers may use their crypto wallet to scan a QR code. 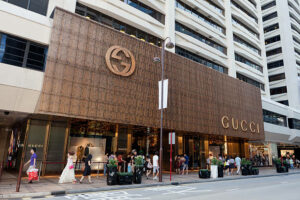 Wooster Street in New York, Design District in Miami, The Shops at Crystals in Las Vegas, and Phillips Plaza in Atlanta will be the first Gucci locations to implement this change. For some time now, Gucci has been preparing to make the leap to Web 3.0 and the metaverse that awaits it. Sandbox, a blockchain-based game, sold Gucci a piece of virtual land in February 2022. The Gucci Vault platform has inspired aspirations for virtual-themed experiences on the Sandbox. Sandbox players will be able to buy and wear Gucci items in the game’s virtual reality now that the brand has entered Metaverse.

Gucci, the world’s leading fashion house, has announced that it would teach its employees about NFTs and cryptocurrencies in advance of the program’s launch. To teach and train its staff about Web 3.0 and NFTs, Kering, the parent company of Gucci, has teamed up with the creative firm Al Dente. In an effort to meet the needs of a new generation of customers who are interested in the crypto realm, Gucci has made an effort to embrace new technology. 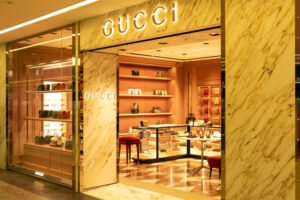 Not only is Gucci preparing for the crypto world, but so are other high-end design houses. Brands like Dolce & Gabbana, Nike and Adidas, Balenciaga and Vans are also advancing in the metaverse. Gucci is pushing innovation to a whole new level by allowing customers to pay using cryptocurrency, a move that has been in the works for some time. Gucci has shown its commitment to the future of technology by introducing this initiative, making it one of the first companies to do so.

Superplastic, a brand of digital characters, teamed up to develop its own SuperGucci NFT (non-fungible token) collections in early 2022. Alessandro Michele,  Head of Design, worked with Superplastic to produce the NFT line. Over the course of three separate events, The company will release a total of 250 NFTs (the first one dropped on February 1, 2022). An Italian-made ceramic sculpture is included in the digital collectable. 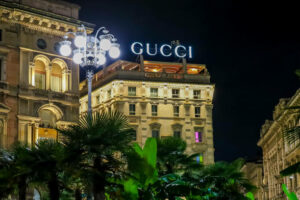 When SuperGucci went live on the first day, Gucci promoted its digital vault, a creative vault that displays the historical Gucci collection. In the digital vault, creativity and technology meet history and beauty. There will be new-old-stock (NFT) products from the vault. The vault serves as a “time machine, meeting place, library, archive, or laboratory” all at the same time.

Some of the designers included in the digital vault are Alessandro Michele and Ahluwalia, while others, such as Bianca Saunders and Collina Strada, have more recent collections shown. From the 1960s until the 1990s, the vault features Gucci accessories, spectacles, and clothing. With the digital vault, customers may have a more memorable buying experience that goes beyond the transactional. 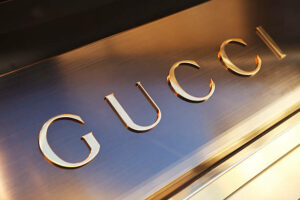 The company has dabbled with NFTs and digital treasures before, as seen by the digital vault. Christie’s auctioned off Gucci’s Aria NFT for $25,000 earlier this year. It was one of the most costly products ever sold by the premium brand. Morgan Stanley forecasts that luxury businesses may increase their sales by 10% by 2030 by using their NFTs and digital storefronts.. It is possible to improve revenues by up to 25 percent since digital collectibles don’t need expensive manufacturing.

The Metaverse is not Gucci’s alone.

Off-White, another premium company, recently announced that it will take cryptocurrency in its Milan, Paris, and London locations. Coins like Bitcoin, Binance Coin, ETH, USD Coin, Tether, and Ripple are all accepted forms of digital currency. Off-return White’s policy is the sole distinction between Gucci and Off-use White’s of crypto payments. Unlike Off-White, which will provide store credit in the currency of the country of purchase in the event of a return, The firm will handle all returns via the use of bitcoin. Philipp Plein, a high-end luxury brand, became the first to accept cryptocurrency payments in August 2021. 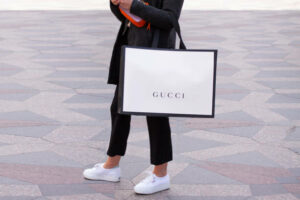 It has now gathered 150 bitcoins (worth $5.8 million) and completes at least one crypto transaction each day. The company is now working to open a shop in London with an NFT gallery in addition to taking cryptocurrency payments. Customers will be able to add Decentraland wearable NFT to their purchases at the shop.

Big companies aren’t the only ones with a home in Metaverse. DressX, Blanksoles and Digitalax are among the rising stars in the metaverse fashion industry. These designers from the crypto-native community specialize in the creation of digital clothing and accessories for use in the metaverse. Customers may also purchase and wear their favourite shoes from the likes of Nike and Vans on Roblox’s permanent virtual territories, which are accessible to all Roblox users. The fashion house Balenciaga has teamed up with the video game Fortnite to provide a selection of in-game clothes to players. 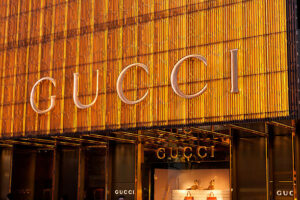 The “Louis The Game” NFT game was developed in collaboration with Louis Vuitton, a leading fashion brand. There are a variety of Beeple-designed digital collectibles and NFTs in the game. These souvenirs are given to players as they advance through the game’s stages. There is a good chance that these NFTs will fetch a high price on the market.

As we noted before, top brands have been early users of NFTs, metaverses, and Web 3.0 technology. They’re establishing a name for themselves in the metaverse, and they’re doing it at a speedy pace that they’re attracting the attention of tech-savvy crypto fans. The general public’s interest in crypto, NFTs, and metaverse assets is growing as more and more prominent businesses experiment with these technologies in their business models and operations. Since these well-known businesses have millions of fans and followers, they have the ability to help promote the widespread acceptance of cryptocurrencies. Soon, crypto and digital assets will be commonplace words.

Also read: eBay buys KnownOrigin, to better expand into NFTs and Blockchain in 2022