The program will be launched in conjunction with a new racing car launch.

GT racing team announced a Partnership with an NFT Platform

According to Vincenzo Sospiri, a former racing champion, this will enable them to monitor and assure the quality of the vehicle components that they produce. GT team Vincenzo Sospiri Racing (VSR), which is backed by Lamborghini’s motorsport department, has announced a partnership with nonfungible token (NFT) platform

Go2NFT to launch a program that certifies racing car parts. The program will be launched in conjunction with a new racing car launch.

Former racing champion Vincenzo Sospiri from the VSR indicated in a statement that was delivered to Cointelegraph that the team would construct NFT certification for their race vehicles with the help of Go2NFT and the blockchain platform Skey Network. They will be able to control and maintain the quality of the auto components as a result of this. He elaborated by stating that:

“This also carries with it a significant duty to ensure that we can verify and audit every aspect of our racing fleet in a secure manner in order to monitor performance and guarantee provenance.” In addition to the auto components, VSR is exploring the possibility of extending the NFT certification program to include official items as well as the company’s other products. The organization believes that this would ensure the fans’ safety whenever they purchase branded merchandise.

Boris Ejsymont, an executive at Go2NFT, stated that their team understands the challenges that brands face when 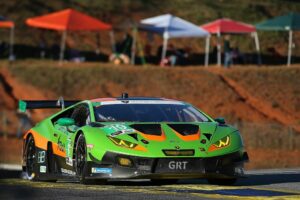 it comes to protecting their intellectual property, and they believe that NFTs are capable of providing a solution to these challenges. Boris also mentioned that their team believes that NFTs can provide a solution. Ejsymont is quoted as saying, “We think that the NFT utility may contribute to the development of greater trust and transparency between brands and the people who support them. This initiative with VSR is only the beginning of many further cooperative endeavors of this kind for well-known businesses all around the world”. 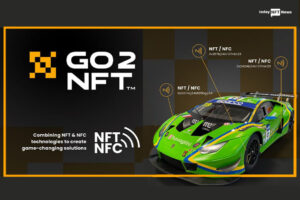 In the year 2022, the worlds of racing and cryptocurrency have successfully collided. In February, the Formula One racing team Red Bull Racing secured a relationship with the cryptocurrency exchange platform Bybit worth $150 million. Ben Zhou, the creator of Bybit, was recently interviewed by Cointelegraph and said that the cooperation enabled his company’s staff to contact consumers new to cryptocurrency.

In March, Crypto.com entered into a partnership with the Formula 1 team owned by the automobile company Aston Martin. As part of the agreement, the exchange’s adverts will be shown on the Formula One vehicles driven by the brand. According to Jefferson Slack, an official at Aston Martin, this step enables the automobile maker to better understand the cryptocurrency market.