The city of Dubai plans to increase its involvement in the metaverse by 40,000 new employees in the near future.

Dubai plans to hire 40,000 new people to expand its efforts in the metaverse.

Dubai, which is quickly becoming one of the region’s most important cryptocurrency hubs, has just announced the Dubai Metaverse Strategy, which aims to make Dubai one of the top ten metaverse economies in the world. With the implementation of this strategy, Dubai hopes to achieve its goal of supporting more than 40,000 virtual jobs by 2030. 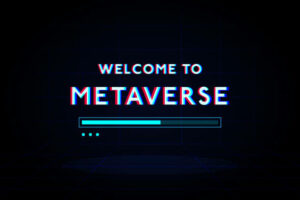 Al Maktoum’s goal is to make the emirate a global tech capital, with a focus on artificial intelligence (AI) and Web3. By investing in new technologies, the United Arab Emirates AI Strategy aims to elevate the country’s standing as one of the world’s leading nations in futuristic industries, and the Dubai Metaverse Strategy aligns with these goals.

The Metaverse Strategy will include collaborations in R&D to increase the metaverse’s economic contributions, using accelerators and incubators to attract companies and projects from other countries, and providing metaverse education support for metaverse developers and content creators, and users of digital platforms.

Dubai continues to Invest in Virtual Reality and Augmented Reality

New work models for the government in tourism, education, retail, remote work, healthcare, and the legal industry are expected to be developed within the framework of the Strategy. The foundational technologies that support it are said to be an extended reality, augmented reality (AR), virtual reality (VR), mixed reality, and digital twins, which are virtual representations of physical objects or systems. 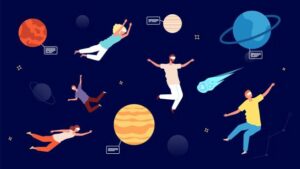 In order to enable edge computing, the Strategy recommends promoting the full deployment of 5G networks. As an alternative to the cloud, edge computing would allow data to be collected, stored, and processed locally via smart devices and local networks.

According to the press release, virtual and augmented reality 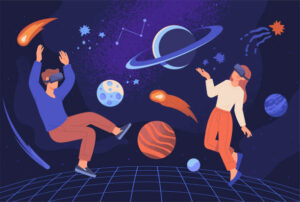 The Dubai Virtual Assets Regulatory Authority (VARA) has issued or extended virtual asset licenses to a number of major cryptocurrency platforms, including Crypto.com, Huobi, and OKX, since the beginning of June. These licenses grant these platforms the ability to trade in virtual assets.`

Also read: MoonPay will facilitate payments for Web3 through its partnership with Unstoppable Domains.