Dubai Museum of the Future and Binance Set to Perform better Virtual Wonders in 2022!

The Dubai Museum of the Future has partnered with Binance NFT

The decentralized exchange NFT platform is managed by Binance, which is widely regarded as the world’s most prominent blockchain and cryptocurrency infrastructure provider. Through this partnership, the Museum hopes to create and disseminate a variety of digital goods on the blockchain. To get things off, they will release their first NFT collection, dubbed The Most Beautiful NFTs in the Metaverse.

Tickets for the Museum Future Talks series, as well as the Museum itself, which just recently opened, have already sold out days in advance. This suggests that the Museum is already having a significant impact on visitors.

With the recent announcement of a relationship with Binance NFT, the Museum of the Future has reinforced its position to generate assets in the fields of NFTs, cryptocurrencies and blockchain, the future of mixed reality, mobility, the metaverse, and other future technologies.

Museum of the Future is Developing a Range of Digital Items

Omar bin Sultan Al Olama, Minister of State for Artificial Intelligence, Digital Economy, and Remote Work Applications, stated that “the partnership of the Museum of the Future with the world’s largest cryptocurrency and blockchain ecosystem player contributes significantly to Dubai’s plans to establish a new international digital asset ecosystem, which will, in turn, generate long-term economic growth within the digital economy.” The minister made this comment. “Partnership between the Museum of the Future and the world’s biggest cryptocurrency and blockchain”

According to Lath Carlson, Executive Director of the Museum of the Future, “this fascinating effort is the first of many future undertakings that will see us cooperating with the world’s top brains and creating high-impact technologies that will affect the future.”

The Museum of the Future is developing a range of virtual assets and will be a pioneer in the development of new crypto technology applications. The first NFT collection will be presented in the coming weeks, and it will be intrinsically linked to ‘The Most Beautiful Building on Earth.’ The collection will strive to raise the bar for NFTs all around the globe.

“We are pleased to be collaborating with the Museum of the Future in Dubai, a really unique and forward-thinking initiative,” said Helen Hai, Head of Binance NFT. We are thrilled to be working with the Museum to create market-leading digital solutions that will accelerate the sector’s development and boost the use of blockchain technology across the region.

To pre-register for future announcements and join the exclusive Museum of the Future NFT early Registration of Interest (ROI) list, go to here

About Dubai Museum of the Future:

It is the first museum of its sort, and its name literally means “Museum of the Future.” The one-of-a-kind structure was created to challenge the fundamental concept of the future as we know it, and it has since played home to a variety of immersive future scenarios. These spaces aim to immerse individuals in an empowering image of the future.

Through its unusual themes, it conjures up a future that we thought we’d only be able to see in fifty years. Guests are invited to actively engage in an immersive experience that appeals to all five of their senses. MOTF pushes humanity to reimagine the future and all of the potential that lie ahead by constructively merging components of science and technology.

One of the most complex and ambitious projects ever attempted, with an immediately identifiable and distinct façade. The façade is inscribed in Arabic calligraphy and has three passages from poetry authored by His Highness Sheikh Mohammed bin Rashid Al Maktoum, the Ruler of Dubai. It is 77 meters tall and is made up of 1,024 individual stainless steel composite panels. For more information, go here. 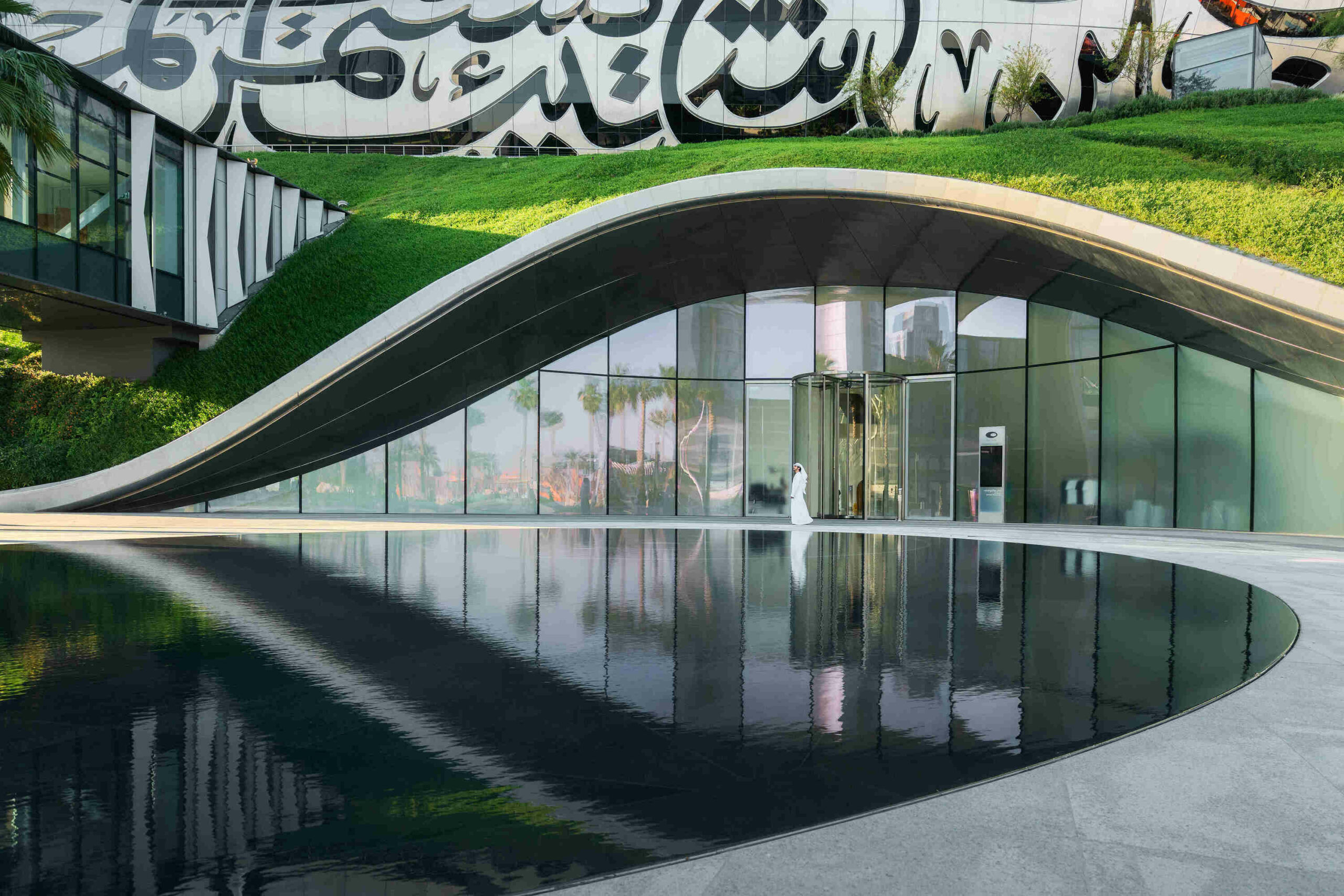