The Crypto Decline Continues to affect Sports Sponsorships in 2022

The Current Crypto Decline and Its Effects 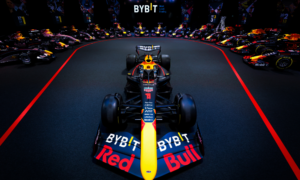 predict the sell-off will continue in the months ahead. While crypto exchanges and companies lay off workers and freeze withdrawals in the wake of massive value losses, that’s also put a damper on the burgeoning crypto sponsorship opportunities in the world of pro sports.

According to a story that was published in the New York Post on Monday, FTX has been revising its marketing strategy to plaster its name and brand over the front of Los Angeles Angels jerseys. It’s probable that the substantial decline in market value is the reason for the retractions.

Just as the cryptocurrency market started its precipitous decline in recent weeks, another patch agreement that had been in the works between an anonymous cryptocurrency company and the Washington Wizards was scrapped.

It is possible that the cryptocurrency company in issue was FTX.US, given that the nonfungible token (NFT) platform of the exchange and the Washington, District of Columbia-based Wizards have continuing cooperation. According to the New York Post, a partnership with the Wizards is attractive for cryptocurrency companies who want to win favor with the political base in Washington, DC.

Joe Favorito, a professor of sports management at Columbia University, recently gave an interview to the New York Post in which he said that he does not anticipate that any new sports partnerships would be announced while the market is in a downturn:

“Any money that hasn’t already been spent will be reduced, just as we saw it happen at the height of the dot-com boom,” the speaker said. During the height of the last cryptocurrency craze, companies that dealt in cryptocurrencies spent out shocking sums of money on sponsorship agreements. The Los Angeles Lakers’ arena will be known as the Crypto.com Arena for the next 20 years thanks to a $700 million sponsorship from Crypto.com. In March of 2021, the naming rights to the home arena of the Miami Heat were purchased for $135 million by FTX. In addition, Tezos is spending an annual sum of $27 million to have its brand included on Manchester United’s team apparel.

There have been dozens of other sponsorship deals worth hundreds of millions of dollars between crypto firms and sports teams. These deals have involved the teams. The week before last, the popular NFT horse racing platform Zed Run formed a partnership with the global beer manufacturer Budweiser. While Zed Run is going to launch a Budweiser-themed race track and a tournament in December with a maximum prize pool of $95,000, Budweiser has issued tokenized Clydesdales that users can mint.

The NFL superstar Tom Brady’s Autograph NFT marketplace has formed a partnership with various sports television networks, such as ESPN, to produce content for those networks. A parallel NFT collection was released by Autograph at the same time as the Man in the Arena: Tom Brady documentary series, which made its debut on ESPN on April 6. The NFT collection was released simultaneously.

Also read: Ukraine sells CryptoPunk 5364 that was donated by the NFT Community for $100,000