A Chinese court has ruled on Copyright Infringement

A user of the NFTCN marketplace is accused of stealing an artist’s work and selling it for $137 as an NFT to another platform user. A court in the Chinese city of Hangzhou issued a one-of-a-kind decision against a nonfungible token (NFT) marketplace for permitting users to create (or mint) NFTs based on stolen artwork.

According to the South China news outlet, the court’s decision on the NFT marketplace came after a Shenzhen-based firm, Qice, filed a case against NFTCN’s parent company, BigVerse, claiming copyright infringement.

According to the complaint, an NFTCN user stole a copyrighted artwork of Ma Qianli, a Chinese artist who specializes in painting and printing. One of Ma’s cartoons was reportedly stolen by an NFT platform user.

Following an investigation, the court determined that the NFTCN platform had violated the law by failing to screen for forgery or intellectual property (IP) theft before enabling users to mint new NFT tokens. It was as a consequence of this that NFTCN was prosecuted for assisting the violation of the owner’s “right to distribute works over information networks.”

According to the NFTCN site’s rules and conditions, the artwork in question was a cartoon tiger receiving a vaccine shot, and it was sold for 900 Chinese yuan (approximately $137) to an unknown user on the NFTCN platform. As part of the settlement, BigVerse was compelled to pay a fine of 4,000 yuan (or $611) to Qice and to stop distributing the stolen artwork NFT by sending it to an “eater address.”

Eater addresses restrict the transfer of NFTs since they lack fundamentally hidden addresses — in effect, they behave similarly to the burning process employed in bitcoin transactions. Despite China’s harsh stance against the cryptocurrency ecosystem, the government has shown trepidation about outlawing Non Fungible Tokens(NFTs). 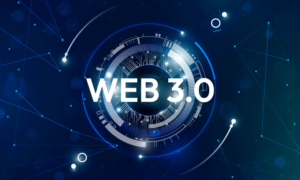 China Banking Association, China Internet Finance Association, and China Securities Association all launched initiatives to promote innovation in the crypto and blockchain space focused on NFTs, as well as resolutely curbing the trend of NFT financialization and securitization to mitigate the risks associated with illegal activity.