Beeple's follwers were a victim of a phishing scam.

Analyst Alerts Followers about the Hack.

Harry Denley, the security analyst of MetaMask, alerted users that Beeple’s tweets at the time containing a link to a raffle of a Louis Vuitton NFT collaboration were, in fact, a phishing scam that would drain the crypto out of users’ wallets if clicked. 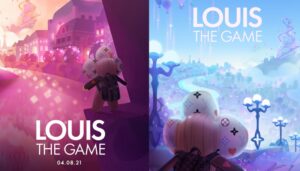 The scammers were likely looking to capitalize on a real recent collaboration between the NFT God and Louis Vuitton. Earlier in May, Beeple designed 30 NFTs for the luxury fashion brand’s Louis The Game mobile game, which was embedded as rewards to players.

The scammer continued to post phishing links from Beeple’s Twitter account, leading to fake Beeple collections that lured in unsuspecting users with the promise of a free mint for unique NFTs. The phishing links were on his Twitter for around five hours, and an on-chain analysis of one of the scammers’ wallets shows the first phishing link scored them 36 Ether (ETH), worth roughly $73,000 at the time. 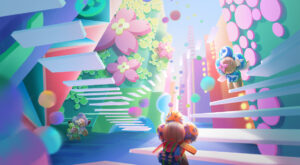 The second link netted the scammers around $365,000 worth of ETH and many NFTs from high-value collections such as the Mutant Ape Yacht Club, VeeFriends and Otherdeeds, among others, bringing the grand total value stolen from the scam to around $438,000.

On-chain data shows the scammer selling the NFTs on OpenSea and putting their stolen ETH into a crypto mixer in an attempt to launder the gains.

He later tweeted that he had regained control of his account and added to remind his followers that “anything too good to be true IS A F*CKING SCAM.”

ugh we’ll that was fun way to wake up. 😫

Twitter was hacked but we have control now. Huge thanks to @garyvee ‘a team for quick help!!!! 🙏🙏🙏

He is known to have created three of the top ten most expensive NFTs sold to date including one which sold for $69.3 million, the most expensive ever sold to a sole owner. This attention has made him a target for hacks.

In November 2021, an admin account on Beeple’s Discord was hacked with scammers there also promoting a similarly fake NFT drop which resulted in users losing around 38 ETH. Earlier this month, cybersecurity firm Malwarebytes released a report which highlighted a rise in phishing attempts as scammers try to cash in on NFT hype. The firm noted the use of fraudulent websites depicted as legitimate platforms is the most common tactic used by scammers.

Also read: OpenSea has announced the debut of the Seaport marketplace in 2022

These are all correct statements. But there is another issue that might potentially have just as much of an impact: frauds, hacks, fake exchanges, dumps, and other similar activities. Why? Every assault leaves a mark of some kind. And new scars are appearing very immediately.

Research conducted by Chainalysis found that con artists were successful in stealing $14 billion worth of cryptocurrency in 2021. This figure represents hundreds of thousands, or even millions, of victims in a society where every unpleasant experience has a voice in an echo chamber.

How to Tackle this Menace

A Manhattan Project, a Marshall Plan, or any other parallel you can think of that suggests swiftly rallying vast resources and creating a workable solution to a problem is exactly what is required right now. Because let’s face it, technological revolutions may be rocky; things are going to become much worse before they get much better.

To guarantee that cryptocurrency’s incredible promise is fully fulfilled, the industry needs a rallying cry, a manifesto, and an informed public. In a nutshell, take control of the story, steer the conversation, encourage responsible adoption, and provide assistance to newcomers in the cryptocurrency community so that they may flourish alongside the network’s original developers. Cryptography requires a campaign that is member-funded and organized.