Apple will serve as the host for the Worldwide Developer Conference 2022, which will take place online from June 6 through June 10. This conference will include presentations from some of the most knowledgeable and influential activists and professionals in the subject of technology from across the globe. The tech company intends to showcase four new gadgets and software models at its 33rd annual developer conference, which will begin on June 6 and be known as WWDC. iOS 15, the iPad Pro, and the most recent versions of macOS Monterey and watchOS 8  all fall within this category.

It has been discovered by those who watch and discuss Apple’s progress on a daily basis, such as MacRumours, that by clicking on the Memoji characters, an augmented reality mode may be accessed that grants access to three trading cards characters. MacRumours is an online forum that is committed to spreading the word about Apple’s accomplishments and is where members celebrate and discuss the company’s achievements.

The company has recognized the cultural link between memes and mascot brand marketing, which led to the incorporation of memoji characters into its consumer branding strategy over the course of the last few years. These metrics have been present at all times as a component of the consumer branding approach that Apple employs. At the WWDC, it is anticipated that these cards would not serve any use other than that of a collector’s item. They will not be worth anything, both by themselves and in comparison to everything else in the world. Because of their resemblance to the avatars in RTFKT Studios’ CloneX and Gary Vaynerchuk’s VeeFriends Series 2 animated cards, the Easter egg feature has sparked speculation within the nonfungible tokens (NFTs) community about the prospect of future Apple NFTs. 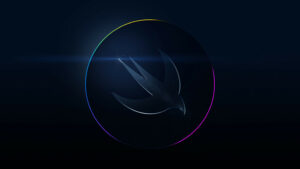 Tim Cook, CEO of Apple, expressed optimism about the potential for augmented reality and metaverse technologies to be accepted by the general public during an earnings call for the first quarter of Apple’s fiscal year 2022. It was also disclosed that the company expects to “invest adequately” in the area at some point in the future when it develops.

Despite this, the company has run into some technical roadblocks throughout the development process, and it seems that this scenario will not be realized at Apple’s launch of its mixed-reality headgear at the WWDC conference, which will provide both virtual and augmented features.

The business has just very recently submitted an application for a trademark license for the RealityOS operating software, which is used to control the mixed-reality headgear.

GaryVee Hosts One of a Kind 4-Day NFT Conference

Also Read: Ocean and Us, a Green Startup Secure $1.2m Through NFT to Clean Oceans Better.