Animoca Brands buys a large stake in Be Media

After the acquisition, be Media launched a hiring campaign to fill blockchain development and project management jobs inside the firm. In addition, Animoca Brands, a titan of NFT investment, has bought a majority stake in Be Media, an Australian digital marketing business, for an unknown price.

Since its inception in 2013, Be Media has provided advertising and digital strategy to Web2 firms. The firm has offices in Perth, Melbourne, and Sydney and services customers all around the globe. Despite the company’s non-targeted nature, Animoca’s immediate objective seems to be “shepherding firms towards Web3,” according to the company’s website.

Be Media will help Animoca’s numerous blockchain-related operations, including introducing NFTs and creating an “open Metaverse,” according to a statement shared on Twitter. After acquiring blockchain development and project management business Be Media, the company has undertaken an intensive hiring push to keep up with the growing pipeline of prospective clients and partners.

When asked about the company’s intentions to invest in blockchain technology, Be Media founder and CEO Jordan Fogarty exclaimed, “I’m quite happy.” He will keep a small ownership share in the firm, but he will no longer function as its CEO. He expressed gratitude for the chance to help local companies shift to Web3 and, as he put it, “introduce their consumers to the metaverse, NFTs, and the prospects of digital property rights.”

According to Fogarty, who talked to the Australian Financial Review (AFR) on Tuesday, demand for Web3 technologies like NFTs is “wild.” As a result, businesses in the area have pushed their supply to the breaking point in order to satisfy demand. 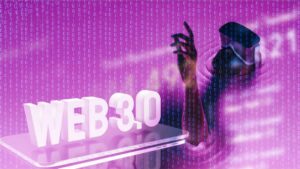 Web3 is still in its infancy, and many firms have shown an interest in participating but are unclear on the best way to go. In addition, many service providers are weak in critical skills and expertise since technology is still in its early phases. “I’d be surprised if not a considerable number of organizations were not generating business concepts in this sector,” he says.

Animoca Brands, with a market valuation of $5 billion, is a crypto unicorn whose share price has steadily increased in recent years. The cryptocurrency news site Cointelegraph recently disclosed that the company had bought both Eden Games and Darewise Entertainment for $15 million.

Hopefully, these connections will help the company build triple-A games powered by blockchain technology in the future. Despite the fact that Animoca Brands’ other two Australian investments in Australia, Blowfish Studios and Grease Monkey Games, are complimentary, the investment in Be Media stands out as especially noteworthy.