To Cardano Or Not To Cardano?

It is easy to get unnerved by crypto trends. Given the stormy weather that ADA has run into lately, should Cardano users be worried?

The crypto markets have seen wild upswings and then lows over the Black Friday weekend. While other tokens have also tanked, Cardano was hit by the eToro delisting news. Charles Hoskinson addressed the issues in a video and many Twitter users expressed surprise that the delisting by eToro in the USA caused such a big ripple when Cardano is secure in major larger volume exchanges. 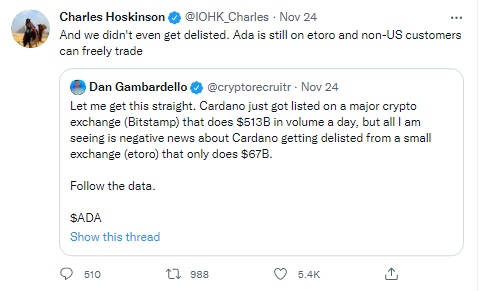 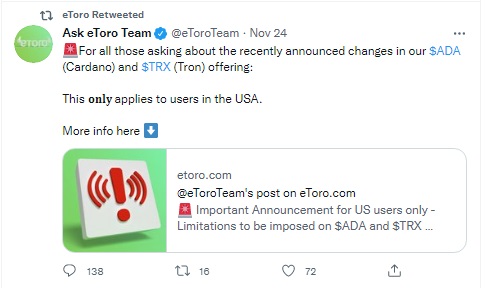 Cardano is the brainchild of Charles Hoskinson who was one of the original Ethereum co-founders. He created Cardano with his ideas that took the best and left out the weaknesses of Ethereum. One of the key features of Cardano is that it is more than a token that only has a value. Its usability and applications grow as more developers and apps use it. It is usable in a wide range of industries from finance to education and healthcare. It is very popular in DeFi applications.

The Goguen era represents a step change in the abilities of Cardano, opening the way to the development of enterprise-level, mission-critical, decentralized smart contract applications, with even more exciting things to come during the Basho and Voltaire eras.

One of the biggest indicators of the confidence that investors have in Cardano is that around 70% of its supply is staked. This indicates that people are confident in holding on to it for the long term. Cardano was also in the news when DeFi banking protocol MELD initial stake pool offering (ISPO) attracted over $1 billion of staked Cardano (ADA). 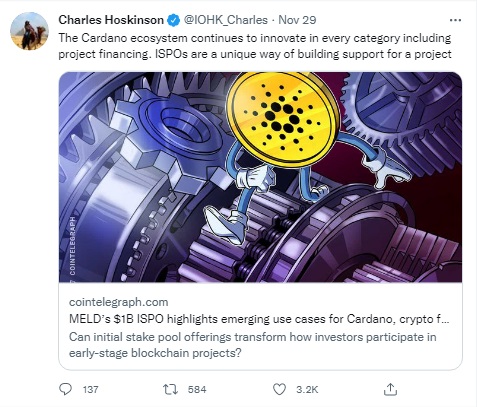 Cardano In The Future

Cardano has planned its journey as a road map that has five eras; Byron, Shelley, Goguen, Basho, and Voltaire. Cardano is on track and is in the Goguen phase. This phase has seen the addition of smart contracts and DeFi. The continued addition of dApps is enhancing the utility and use cases of Cardano. The dApp developments have silenced critics who faulted Cardano for not having many. 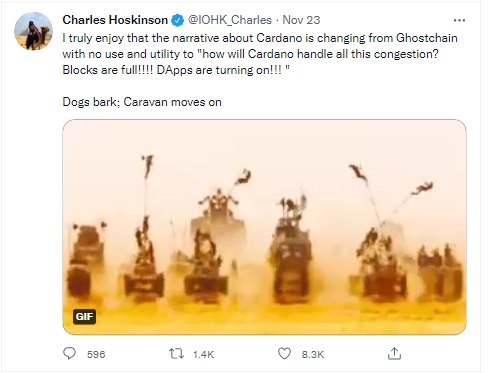 If Cardano stays on track with the planned roadmap, Cardano will evolve into a community-centric governance model that will be self-sustaining. It has more features and usability to support it than many trending coins that are based on nothing more than whimsy or a few laughs. So, to Cardano or not to Cardano? You decide. Tell us what you think in the comments.