FriendSHIB: Has The Mystery Been Solved

When the Shytoshi Kusama and the Shib account both tweeted #friendshib it signaled that something interesting was coming soon. The Newegg account has since tweeted that SHIB is coming soon. The tweet also includes #blackfriday and #cybermonday tags. It is thought that perhaps Newegg would start accepting SHIB from Monday. Perhaps the #friendshib tweet signaled the start of a new friendship between SHIB and Newegg. 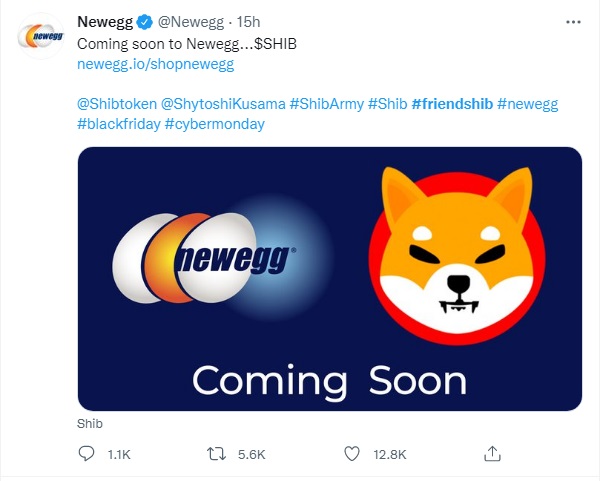 As SHIB enthusiasts wait for SHIB to eat up one zero from its value, the ability to use SHIB to buy from Newegg would come as excellent news. SHIB’s popularity is clear by its Twitter following going up to over 2 million.

If the Newegg speculation turns out to be true, this may have a positive impact on SHIB and cryptocurrency in general. The more the acceptance of cryptocurrency, the more value for investors. Being able to use crypto for day-to-day applications will prove a point to crypto sceptics and attract more buyers.